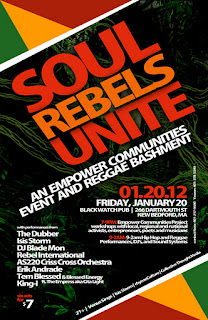 
MORE INFO
(NEW BEDFORD, MA) - The Empower Communities Project, originally The Empower Providence Project, is a series that kicked off its inaugural celebration in October 2010 to give local and national artists a chance to showcase their talent and approach to music and grassroots community organizing.

The aims of the Empower Communities Project are to gather resources and audiences around the topic of using art and media for changing communities, and to introduce new audiences to professional artists who play music reflecting community issues and concerns. The series emerged as an alternative way of engaging young people and underserved communities in creating their own solutions and repairing their own cities.

On Friday, January 20, 2012, we will bring a third installment of the newly named Empower Communities Project to the city of New Bedford with Soul Rebels Unite: An Empower Communities Event and Reggae Bashment. Soul Rebels Unite will highlight activists and change-makers from the city alongside regional, national, and internationally-known music acts for a night of music and personal transformation. It will also serve as an album release celebration for Tem Blessed & Blest Energy featuring The Empress, a New Bedford-based group of musicians who perform and use hip hop and live music as a tool to educate, empower and inspire youth and communities.

Soul Rebels Unite will be held at the Black Watch Pub, 266 Dartmouth Street in New Bedford, MA, with community workshops and a “People of Culture Mixer and Marketplace” going on from 7:00-9:00 pm and with live music and DJ’ing from 9:00pm-2:00am. The event is open to the public and attendees that are 21 or older. Admission is $7 for members of the public, with special rates and tickets available to grassroots organizations and small businesses who want to help sponsor the event.

In the vein of the previous Empower events, activists, entrepreneurs, poets and musicians (including recent New Bedford School Committee candidate, Erik Andrade) will lead the Mixer and Marketplace, and prior to the event, several of the evening’s performers will engage in work with youth – specifically participating in a brown bag lunch discussion and intimate performance with participants of YouthBuild New Bedford.

To learn more about several of the featured bands, or for more information about vendor and sponsor rates, see the pages accompanying this letter or contact Empower Communities lead organizer, Reza Clifton, by email at singsvenus@gmail.com or by phone at (401) 217-9680.
Posted by Venus Sings / Reza Rites / Reza Wreckage / Isis Storm

Venus Sings / Reza Rites / Reza Wreckage / Isis Storm
I have many nicknames because I am a writer, media producer, cultural navigator and DJ from Providence, RI. I am also the co-founder of Isis Storm (IsisStorm.com), a collective of female artists and writers, and I host two radio shows. This site is about my adventures & interests as a DJ and my collaborations with artists and community. Besides here, you can find audio archives or samples of my work online at RezaRitesRi.com, SheShines.org, WRIU.org & BSRLive.com.

Voices of Women is a show that airs every Saturday morning from 9-11 am on WRIU in Kingston, RI, a community and student-run station that broadcasts from the University of RI. Every 4th Saturday of the month, Reza Clifton presents the "Venus Sings Radio" edition of Voices of Women. Catch it live on 90.3 FM or stream it on www.wriu.org. 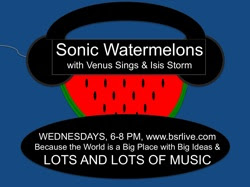 Sonic Watermelons is an online radio show on Brown Student and Community Radio. Live every Wednesday from 6:00-8:00 PM (EST) or always available as archives, www.bsrlive.com.

Get the Venus Sings, Reza Rites and Isis Storm Newsletters Directly in Your Box 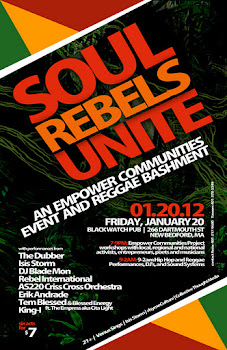 (Previously The Empower Providence Project) A movement to connect the public to professional artists and musicians who explore community issues in their work. Follow updates at VenusSings.com. Next installment: January 20, 2012, New Bedford, MA

Reviewing Latin Music, Women in 2010, and Special Guests to Help Us Get There: Sonic Watermelons, Monday Dec 20

Looking Back at World AIDS Day and Music in 2010

Special Thanksgiving Edition of Sonic Watermelons on BSR: Online AND on 88.1 FM

Playlist Mania on VenusSings.com: The Songs, The Artists, The Extras 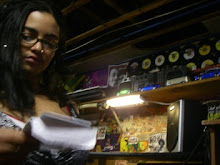 Sonic Watermelons on Brown Student and Community Radio, Past Episodes

Men in the Arts & Arts in Politics: Pre-Election Conversations Today on Sonic Watermelons on BSR